Often I find myself wanting to choose dynamically between different steps in  a package or being able to turn off a step without having to actually modify the procedure.

This can be accomplished dynamically by disabling a step via a variable or parameter.  In this example I have a loop that processes a set of college clubs.  The query loads a list of clubs.  I would like to have a different process for The Physics and Astronomy club.  Maybe eventually each club will have a different process of its own.  One way to make this happen is by controlling what is enabled.  Below is the package.

The SQL Load List of Files loads a table of the clubs to a source object that is used in the for each loop.   The Name of the club is assigned to  a variable called ClubName. 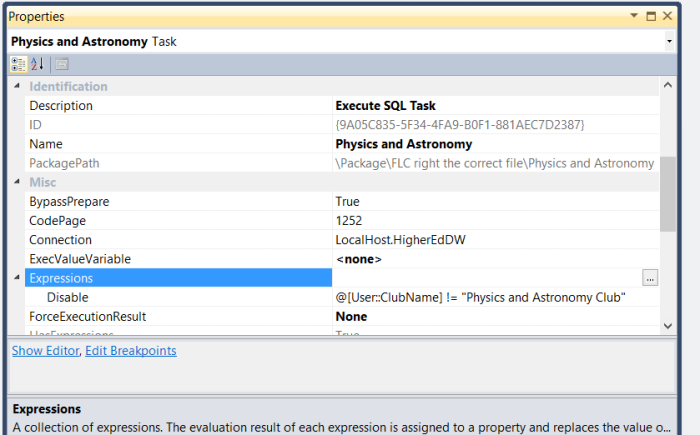 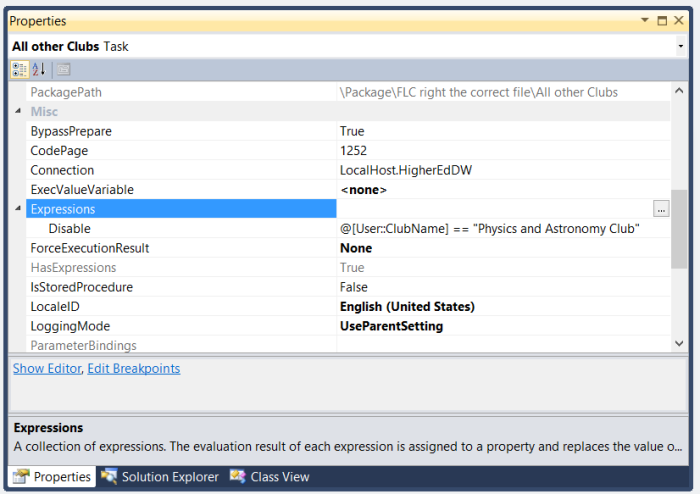 Now as I loop through the clubs,  the Physics and Astronomy Club step will only run for that club and All Other Clubs step will run for everything else.